I'm a lead Web and Mobile software developer, artist and sometimes Podcaster. I live and breath creativity and knowledge sharing.

Did I help you?

Want to say thanks?

Buy Me a Coffee

Editorial: I personally use Bitrise

One of the new features coming with Xcode 7 and Swift 2 playgrounds is the ability to use a variant of the markdown language to create richer comments more akin to documentation than standard comments.

Now with Xcode 7 we can enhance the look and readability by simply adding a : to the comment line.

To see how the text renders you need to go to the menu and choose Editor > Show Rendered Markup then you should get the following results in the playground. 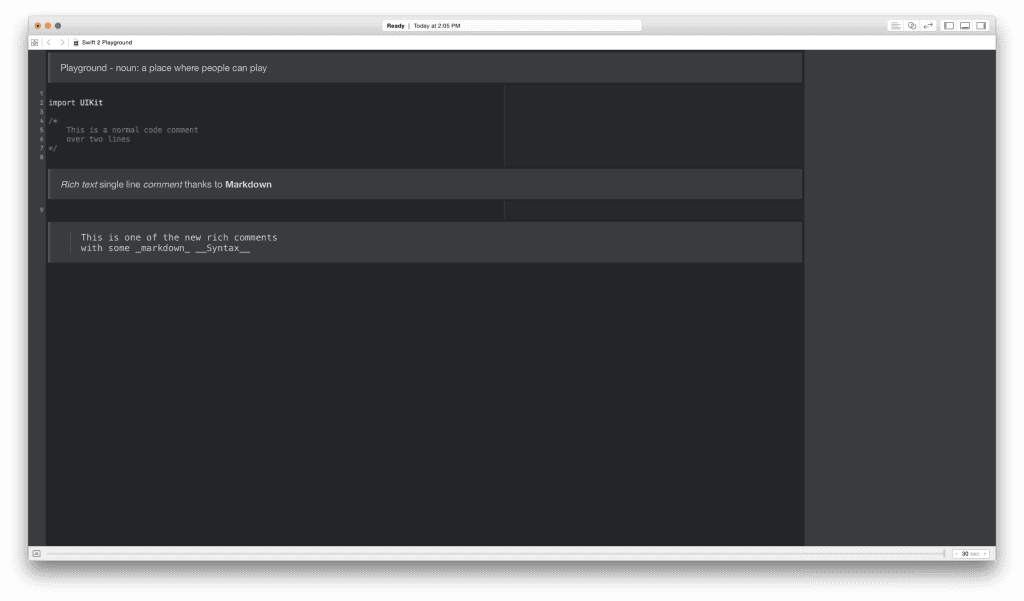 So far I have had mixed results with the block comment version so left it out of this example hoping that maybe it is just some early Beta issues. If you are not familiar with the markdown syntax then there are lots of resources on the Web to help you, personally I use it all the time and am very happy to see it making it’s way into Xcode.