I'm a lead Web and Mobile software developer, artist and sometimes Podcaster. I live and breath creativity and knowledge sharing.

Did I help you?

Want to say thanks?

Buy Me a Coffee

The new macOS coming in the Fall/Autumn of 2018 has some very interesting new features. I also have to say, Beta 1 and 2 have been very stable for me. Here are my favorite new features. 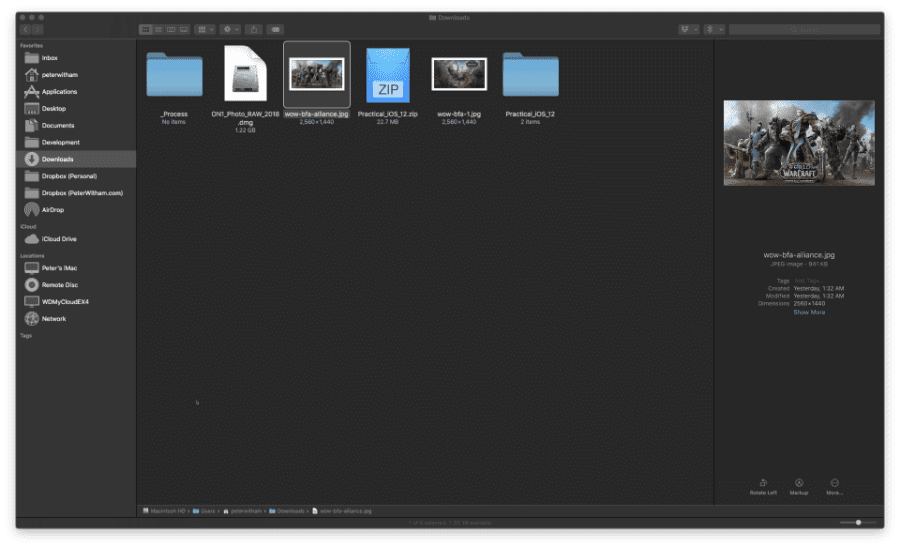 The most obvious addition to macOS is the new dark mode, and I love it! I have been wanting something like this ever since my development tools got dark mode. Partly because I do a lot of long hours and late night writing/coding, but also because I just think it looks cool. Third party applications do need to be adapted to use the new dark mode, but it feels relatively straightforward to implement. You specify a dark mode color set and assets when creating macOS applications and compile. Not only does the UI have a dark mode, but it can be dynamic, changing based on the system time. This also applies to wallpapers, expect the wallpapers to only come from Apple at first, but I’d like to see some cool third-party image sets appearing. Surely next year this has to be coming to iOS Apple? You know people REALLY want it.

Clear up those littered unclean desktops. Stacks is best described as updated smart folders. You can have items moved to a stack based on metadata like kind, date or tag. This will be handy for keeping related files together when working on projects or even just grouping family photos in one place. My only complaint is that it is an all or nothing choice, you can turn it on or off, I would have preferred the option to create stacks manually as well.

This is something that has been working great for me in the Betas. You know those two-factor authentication codes you get sent to you in SMS messages? Well, just like iOS, macOS will now offer to auto-fill those for you when you receive them. I know! Awesome right! Not only that but better integration with third-party password applications is also improved in this version, both Safari and apps will be able to take advantage of all those strong passwords you have and never need to remember.

UIKit is Coming to the Mac

This probably ended up being no surprise to any developer, but Apple announced a multi-year project to bring UIKit support from iOS to the Mac. So why should you care?… Simple, iOS apps/UI on macOS will now be possible. Not only as a developer is this exciting, but it means we might finally get some of the cool looking apps for iOS to appear on the Mac. Apple has stated that 2019 is when developers will get access, I cannot wait. For now, we get an example by way of the stocks app, contain your excitement. 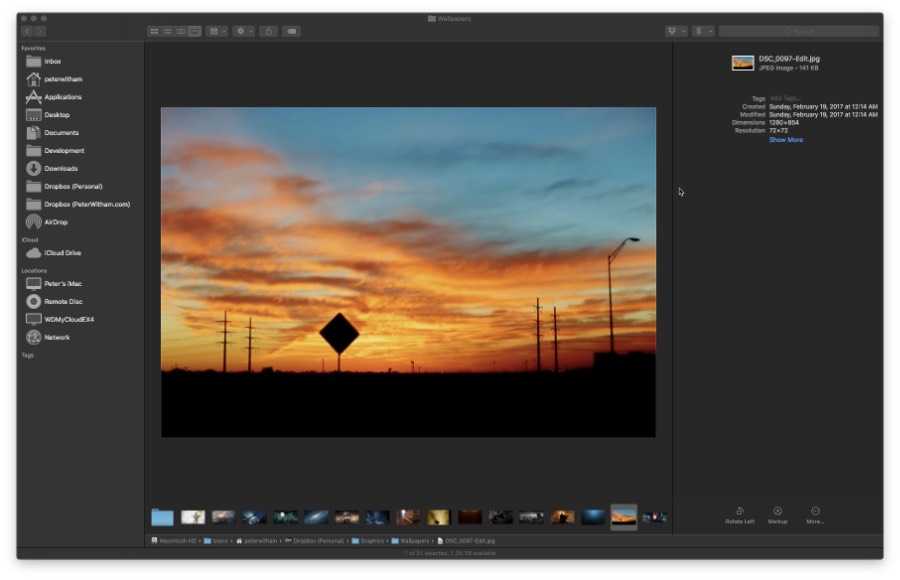 Gallery view is a great new addition to the finder if you use a lot of graphics files, think designers and photographers. You get a thumbnail strip and a nice large preview along with metadata displayed on the right using the new preview column. Combine this with the new dark UI option and I think it is fair to say that Apple has realized it’s recommitment to creatives, something that I feel had been lacking in the past couple of macOS releases.

There are a couple of things that Apple mentioned that I think deserve repeating as they will have an impact going forward.

All in all, I am very excited and so far, impressed, with this release. There is a lot to appreciate. I have to be honest and say macOS Mojave helps me feel recommitted to the Apple ecosystem at a time when other platforms have been catching up, and in some ways, overtaking the platform.